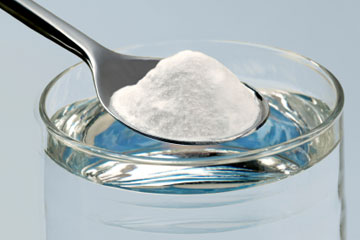 Acid reflux or GERD can be a serious problems and many people are affected today, mainly due to lifestyle and stress, or as consequences of long term medications as NSAIDs anti-inflammatories, or to the presence of Helicobacter Pylori, an intestinal bacteria that for some is considered a commensal with beneficial properties but for the most a dangerous bacteria to get rid of and mainly cause of peptic ulcer and eventually stomach cancer, but there are other reasons and the major national medical organizations, internet webs and experts around give the list of all, causes, symptoms, therapies, side effects and so on.

Talking of controversial, this is one of the most debated within the naturopathic world against the conventional medicine methods and approaches.
Recently we all have been informed of the risks of taking anti-acids as Zantac for containing the molecule ranitidine, an histamine-receptor antagonist, but not mention in regard of the also commonly used proton pump inhibitors, as Nexium, for example, very much contested from naturopathic doctors for blocking the production of acids that instead is needed for digestion, and for manifesting a number of side effects.
For Dr. Joseph Pizzorno and Dr. Michael Murray, Bastyr University related and authors of the “Encyclopedia of Natural Medicine, the use of antacids and acid blockers raise the stomach pH, and this inhibits the action of digestive enzymes like pepsin, very important for the digestion process. The change in pH also affects the intestinal microbial flora promoting the overgrowth of Helicobacter Pylori.

The first step for these doctors in treating this disorder involves eliminating or reducing the causes that promote it. For occasional heartburn antacids may be appropriate but not abused, the best choice is preparation including alginate, a soluble fiber that soothes and nourish the intestinal wall, there are studies with positive outcomes.
If heartburn becomes a chronic problem can be sign of a hiatal hernia. Under their suggestions the most effective treatment of chronic reflux esophagitis and symptomatic hiatal hernias is to utilize gravity, another is to use licorice deglycyrrhizinated, or DGL, (which is licorice without the part that raises blood pressure) to heal the esophagus, or limonene extract from citrus fruit peel which is thought to improve the coordination of normal peristalsis.

More common cause of indigestion for the doctors is hypochlorhydria, reduction of acid secretion, symptoms are many and so disease associate. The ability to secrete gastric acid decrease with the age and now this association, from their report, is thought to be the result of increased overgrowth of H. Pylori in the stomach more than the aging process. Older studies found low stomach acidity in over 50% of people over 60 years old.
Acid reflux for the major of thoughts in the naturopathic world is not due to stomach acid itself but better to the inflammation of the lining walls of the stomach and for many an element responsible of its healing is zinc, and a better form of in this case is zinc-carnosine. Zinc and zinc-carnosine are present in many naturopathic complexes for gastric support, besides these there are many other compounds and elements that helps with healing process of the stomach.

The other very important and that is prescribed for variety of stomach problems and mainly to regulate the acid production is the DGL, as already mentioned. I have personally tried many times and really works well and makes feel a good sensation after taking besides the pleasant flavor, other elements usually present in GI support complexes are: slippery elm, marshmallow, aloe vera, and in more complex glutamine, glucosamine and other nourishing elements or detoxifiers; it depends.
Glutamine was one of the first compound mentioned from the revolutionary summits and from all of the scientists that I follow. Glutamine has a very important role in the healing process of leaky gut besides the sulfuric molecules as chondroitin and glucosamine for releasing the sulfuric element necessary to heal the tight junction of the intestinal and gastro-intestinal wall.

We all in life might have problem with acid reflux or Gerd and especially if this problem can become critic the pump inhibitors are the best solution to contrast, probably for short term use and at low doses, but not for extended period, or even for the life as many people do.
It looks like that high doses and long-term use of proton pump inhibitors may increase risk of osteoporosis and relative fractures, reduce the absorption of vitamin B12 and levels of magnesium, increasing risk of heart attack, muscle and joint pain and weakness and so on.

In regard of Helicobacter eradicating therapy also there are controversies, the conventional therapy is based on strong and long term antibiotics therapy associate with pump inhibitors for stomach protection, the naturopathic therapy relays instead on DGL and/or GI support complexes and Saccharomyces Boulardii, a probiotic yeast, beneficial commensal, responsible of eliminating all bad microbes, or as mentioned from Dr. Murray and Dr. Pizzorno, bismuth subcitrate. Bismuth is a natural mineral that act as antacid as well as against H. Pylori, the best-known preparation and widely used is bismuth subsalicylate known as Pepto Bismol, however, under their description, the subcitrate form has produced best results in the treatment of H. Pylori and of non-ulcer indigestion and peptic ulcer.

Overgrowth of H. Pylori has been linked to GERD, achlorhydria and hypochlorhydria, as well as peptic ulcer. The presence is determined by measuring the level of antibodies to H. Pylori in blood or saliva or by culturing material collected during an endoscopy or measuring the breath for urea, or by stool tests.
Protective factors against H. Pylori for Dr. Murray and Dr. Pizzorno are maintaining a low pH and adequate level of antioxidants like vitamin C and E; H. Pylori damages stomach and intestinal mucosa by oxidation and from here ulcer can develop.

Natural remedies for stomach problems are a variety and day by day are underlined and suggested from specialists and writers all around the world.
Just to mention some of these, lemon in water, apple cider vinegar in water, aloe vera, ginger, sodium bicarbonate, chamomile, carrot juice, fennel, apple and more, mainly elements that can help with acid production if not enough or contrasting the acid if too much is present in stomach.

In conclusion remedies for this problem are many, for some are better a combination than another, but in general the suggestions tips are the same for everyone.
It is based on the personal medical history and other pathologies or not associate probably the choice of one or another therapy or natural remedy.